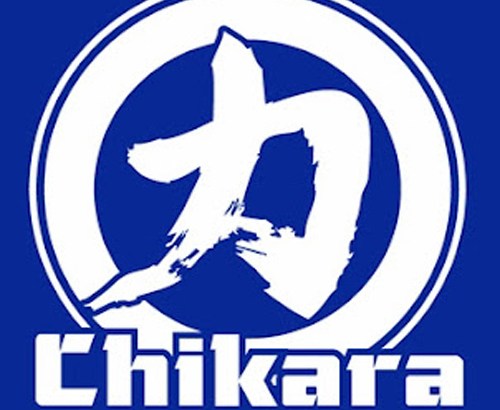 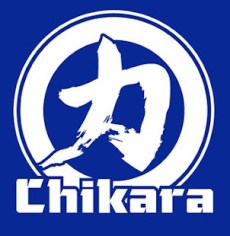 When you think of over the top gimmicks, great wrestling, and small crowds what comes to your mind? Admittedly, if WWF 1994 was your first guess, I won’t take points off your test. However, this is exactly what Independent Promotion CHIKARA is… Or rather WAS. CHIKARA, based out of Philadelphia, has been around since early 2002 and enjoyed a pretty decent level of success. If you look at the slew of people who have worked for CHIKARA, you’ll come up with names such as Claudio Castagnoli (Antonio Cesaro of the WWE), Eddie Kingston, Mike Quackenbush, Jigsaw, Ultramantis Black, The Colony, The Young Bucks, Chris Hero, Brodie Lee, and Bryan Danielson among a ton of other stars of this industry. The amazing run at the top for the best independent promotion in the US was abruptly ended thanks to a conglomerate known as Titor and a security force known as Condor.

Let me take you back in time a couple of months. Before I go any further, I must say that surely this will contain spoilers about the CHIKARA 2012 and 2013 seasons. If you’re currently trying to catch up, or if you’re behind a couple of events, please don’t spoil it for yourself. To those of you who have no idea what CHIKARA is, and wish to, continue on. Hopefully this will bring you into the CHIKARmy. Wink Vavasseur became the director of fun, which is like the general manager, of CHIKARA back at the beginning of 2011. At the time nothing seemed amiss. CHIKARA has had multiple directors of fun, including Bob Saget and Dave Coullier of Full House fame. What happened under Wink’s regime is why we’re here now. His father was the owner of Titor Conglomerate, who on January 11th of 2011 purchased CHIKARA. Conrad Vavasseur, Wink’s father, put Wink in charge believing that his son would turn profit with the company. Conrad purchased CHIKARA after finding out from an unknown source that the wrestling promotion would make him a ton of money. Unknown to him, Wink would become “A screw up.” Words that Conrad told him to his face at the iPPV High Noon.

Wink began tinkering with everything that the fans loved about CHIKARA. He introduced CHIKARAbermetrics, which placed competitors with teams that scored in the same point range, in the end breaking up long time fan favorites The Colony by taking Soldier Ant and placing him in rival group “The Colony: Xtreme Force.” Same for long time technico Sugar Dunkerton. They pulled him from his technico group The Throwbacks, and placing him in F.I.S.T, who has a key member that will play a huge role in this story. Wink even tossed Mike Quackenbush, the man that MADE CHIKARA out of his own promotion. No one has seen or heard from Quack in CHIKARA sense. He employed Condor Security, a wing of Titor Conglomerate, to work all of his shows as security. Leading up to the massive storyline that took place at Anniversario: Never Compromise, a long time technico, and the Grand Champion of CHIKARA, Eddie Kingston began showing signs of disrespect towards the fans and the wrestlers. Kingston, one of the most beloved figures in CHIKARA was running through the competition. To the point where he decided he didn’t even need to show up for a match against Green Ant. So Wink, instead of stripping the title from Eddie, decided that every match Kingston participated in under the CHIKARA banner, would be for the Grand Championship. The person who benefited from this? Icarus. 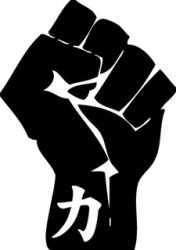 Icarus, who was CHIKARA’s most hated wrestler since the beginning, had begun showing signs that he was ready to become a big time player. He began showing traits of becoming a technico. The respect that Icarus was giving superstars whom he’d never shown respect for caused tension between him and his F.I.S.T stablemates, eventually imploding and causing Johnny Gargano and Sugar Dunkerton to drop him from the group. Icarus, feeling alone, decided to call in a bit of help for his match against Kingston. Help arrived in the form of Marty Jannetty, who remembered the respect that Icarus had showed him in a previous match. Focused, both Kingston and Icarus looked poised to tear the house down at Never Compromise. And it happened, for a while.

As Icarus locked in the CHIKARA Special, around twenty or twenty five Condor Security members rushed the ring area. The forcibly removed Eddie Kingston and Icarus from the ring and immediately began tearing the ring down. As that happened, the iPPV stream faded to black, abruptly ending the iPPV without a conclusion. As all this was happening, Archibald Peck, a time traveler, appeared for the first time in months, and a visibly shaken Wink appeared on stage. A lot has been said about what happened after the event. Bryce Remsburg, a referee in the company, ran from the arena in tears, talking about the job he no longer had. The host of the CHIKARA A-GO-GO pod cast was fired for attempting to stand up to the Security Team. All events were abruptly cancelled on the CHIKARA website, and all merchandise was to be liquidated, except for the missing CHIKARA Grand Championship. Then, silence from CHIKARA.

Suspiciously, the CHIKARA 101 boards, a fan message board that was set up by CHIKARA, remained open. Many people on the boards began speculating about CHIKARA’s future, the future of the wrestlers, and the assets. For many, this was their favorite promotion. The only wrestling they loved. Who would save this beloved company, if anyone? Enter once again, Icarus. Much has been speculated about as to why Icarus stepped up to save CHIKARA. Many have speculated he deep down really loved the company that made him a much sought after worker, or the fact that he was within seconds of defeating Kingston for the Grand Championship. Whatever the reason, the fans on the boards were thrilled. Icarus began with a hash tag #IamCHIKARA. Almost immediately, a revolution began. The first known revolt was in Easton. Icarus arranged a meeting at the arena in Easton that a CHIKARA card was to be held at. A bunch of signatures were signed on a petition to save CHIKARA, and shirts were given out to people who were with him. But nothing more was expected. Until a petition appeared online.

It was believed that Icarus wanted to reach out to others that couldn’t fly to Pennsylvania. That he was going to put a petition online to enlist members to sign his petition. Since it came from Icarus’ personal account on the 101 boards, everyone jumped on board, myself included. It went on for a few days, until one day, Icarus posted on the boards that he had no idea about a petition, and that it wasn’t him posting it. Needless to say, we were curious, and wondered who we gave our information to. When we went to the site, what we saw scared us to death. 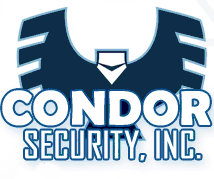 A gigantic Condor Security Logo. Great. We just gave out all of our information to the very conglomerate that destroyed CHIKARA. What would they do with it? A few days went by, and everyone calmed down. Until one night, around 11:30, they started calling people. It was after Icarus had set up another rally in Philadelphia, on the famous Rocky steps, they called. They began by saying that it was in everyone’s best interest to stay away from Philadelphia, that a security threat was imminent. If you answered the phone, it was the best two minute conversation of your life. If you’re stupid, like I was, you didn’t. When you called back, however, a few words would be stuck in your head for the next few weeks “Condor. Target Located.”

Woah! Target located? But I don’t want to be a target. I just want my CHIKARA back. Well, these guys obviously meant business. In the meantime, between the phone calls and the rallies, were a series of short videos entitled “Ashes.” These videos were basically showing what the CHIKARA roster was doing with the lack of CHIKARA. It showed Green and Fire Ant looking for Soldier Ant, it showed Icarus at a Dragon Gate USA event, talking to Chuck Taylor. All of this leading up to a Monday Night Raw event, where everyone, if they were with CHIKARA, to use the hash tag to get it trending. The majority of the roster tweeted it, with a few notable exceptions. After the tweeting party, Condor sent out a couple of post cards out to a few people, saying that they were always watching. All of this leading up to the events of Saturday the 2nd of November.

Icarus put another rally together. This time promising that he wouldn’t come alone, and that it wouldn’t be the typical rally. Hours before the event, a Twitter account run by a Private Eye Jr. tweeted out that there would be a ring at the rally. Icarus, true to his word, brought along a referee, a team known as Los Ice Creams, Hallowicked, AssailANT, Kobald, Leonard F. Chikarason and the ring announcer Gavin Loudspeaker along with him. They thanked everyone for showing up, handed out #IamCHIKARA tee shirts and threw together an impromptu six man tag match, CHIKARA’s specialty. It was filmed from a 101 boards member and posted on Ustream. In the middle of the match, out of the corner of their camera, a white van pulled up. Immediately, my attention turned from the match on the screen and looked towards the van. What was it doing? The back doors, after a few minutes flew open and then abruptly closed and sped off. Immediately, Gavin run around telling everyone to leave, as did Leonard. The wrestlers in the ring began suspecting something amiss as well, and the match ended. Everyone was asking what was going on. Condor showed up, and kidnapped someone. Eventually, it was narrowed down to a 101 Board Member named Thom/Tom. All that was left of the victim? A hat. Eventually everyone left and began wondering who Thom/Tom was. One theory was one man that had to do with CHIKARA’s beginning, Tom Carter aka. Reckless Youth.

Whoever Thom/Tom is, I’m not sure. I don’t know where this Condor takeover is leading. I don’t know what the endgame for the CHIKARA promotion will be. All I know is that I’m sucked into this storyline for great reason. I mean, let’s be serious here for a moment. What other promotion has ever involved their fans this heavily into their storylines? Would send their workers out to do random appearances with fans? No one. This promotion, that admittedly I scoffed at for years for being ‘too comedic’ has swept me away in a land where I don’t take wrestling as seriously as I have been in the past. To where, dare I say, Wrestling is Fun once again! The BDK angle made me a fan from 2010, and the Condor Angle will keep me involved with this company until it is no more. With that being said, I just have one question. #IamCHIKARA, are you? 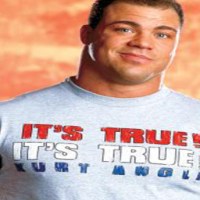 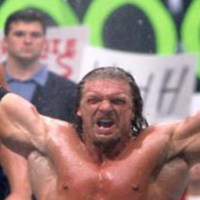 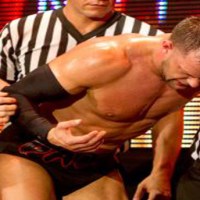 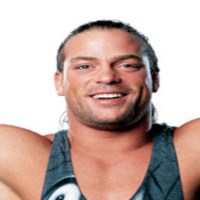 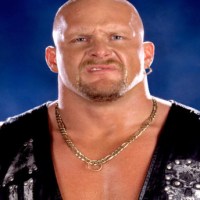